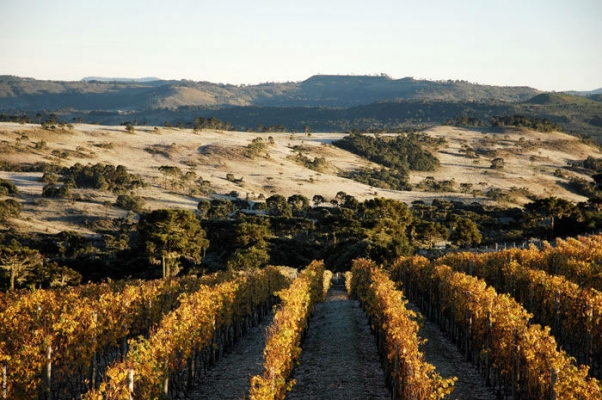 A recent ship-board lecturing opportunity has enabled me to stop off briefly in Funchal, Madeira, hence the first of two of my wine choices for March.   Admittedly the long-established firm of Blandy’s was on the excursion trail – partly because Blandy’s doubles as the onshore shipping agents for visiting cruise liners, and their attractive old Wine Lodge is as much of a visitor centre as anything else, lying within easy reach of where the big ships berth.

My aperitif for March, however, is Sercial – the driest style of Madeira. (Not from Blandy’s in this case but from another distinguished producer established on the island as early as 1850, Henriques & Henriques.)

Classic Madeiras can be made from a variety of permitted grapes and at different levels of sweetness or richness, and my own choice of Sercial lies at the driest end of the overall sweetness scale. Sercial is a white grape variety of lively acidity which was once erroneously thought to be related to Riesling, but in Madeira (as in mainland Portugal) is now officially identified as Esgana Cão – aka. the ‘dog-strangler’ grape!

Fortified Madeira wines are quite exceptional.   As their traditional elaboration involves lengthy cooking they are unquestionably the most stable and spoilage-resistant wines in the world, being generally capable of long keeping.   Formerly the wines were carried in barrel across the tropics on the decks of early trading vessels when they were subjected to lengthy periods in baking heat, and latterly most wines enjoy an officially controlled three-month heating process in estufas onshore in Funchal, replicating the time-honoured voyages across the tropics, before being aged further in cask.

Sercial Madeira – the perfect aperitif?   Not for me to judge, of course, but habitual fans of drier Sherries might enjoy the change of style, let alone the subtle complexity of aromas and flavours captured within the glass, particularly of a wine 10 years in cask….and the intriguing, off-dry, nutty, lightly ‘cooked’ taste is perfectly balanced by a fresh, cleansing acidity which also makes it a more than acceptable foil for cheese at the end of a meal….so I guess it’s a sure-fire each-way bet!

Back in the 16th century the ambitious Portuguese extended their possessions beyond the island of Madeira to bigger things – Brazil. This proved an excellent move, as cheaper and better sugar canes could be grown there, boosting established Portuguese interests in sugar trading. Vines arrived with the earliest settlers too, though climatically the country proved unsuitable for wine production except in the south, particularly in the elevated hilly area of Rio Grande do Sul where it is relatively cool and lush.   Winters can be hard here, and they’ve even produced ‘ice-wine’! In contrast, Brazil now sports a few vineyards a mere 9deg. south of the equator so, uniquely perhaps, the country can engage in a wine harvest twice a year!

Brazil was further settled in the 19th century by both Germans and Italians, the latter’s legacy of winemaking being strongly evident in the country’s wine industry today. Yes, nowadays you can even buy a very decent Brazilian prosecco! Any serious trading of Brazilian wine was forced to mark time until the late 1970s however, when big international companies like Moët & Chandon began to realize the country’s potential and when serious injections of capital meant that wines of export quality could be produced.

Hence this month’s further ‘pick’, a Merlot from an 1100-grower strong co-operative based in Brazil’s southerly Serra Gaúcha region near the border with Uruguay.

If you are expecting a soft, deeply structured Bordeaux style wine in the St. Emilion mould then think again.   Same grape, yes… but wearing (almost) the stylistic ‘hat’ of a north Italian Merlot, perhaps from the Veneto.   Softly fragrant, yes… but cherry-dark, upfront and sappy too, and ideally adapted to drinking alongside simple roasts, sausages or barbecue foods. Roundly soft on the palate as befits the grape variety, and yet with sufficient acidity to make it distinctly moreish.   In short, well worth investigating!