John Ducker writes:- Let’s raise a glass! June starts with a classic sparkle, at least in this column, as we inspect a top class Italian ‘bubbly’ from Franciacorta in Lombardy. Franciacorta ‘I due Lari’ DOCG Brut. This wine is to be confused neither with the often delicious, airy Prosecco from the Veneto, bottled after its re-fermentation in tank and furnished by the delicate-tasting Glera grape, nor the Moscato-based ‘Asti Spumante’ from Piedmont – both of which fit comfortably into the category of northern Italy’s widely exported ‘Grapes of Froth’.

My own choice for June ‘ups the game’ with a less familiar Italian classic !

In the compact hilly region of Franciacorta in sub-Alpine Lombardy a kind of Francophilia is alive and well: well-heeled local producers thereabouts have long experience of crafting ‘lookalike’ French classic wines….Champagne being no exception. To its great credit Franciacorta was the first DOC to specify that all its sparkling wines should be made using the metodo classico – i.e. refermentation in bottle employing the méthode Champenois rather than the ‘tank-fizz’ I’ve mentioned elsewhere, and not a few of the designated local vineyards reflect this homage in plantings of Chardonnay (85%) and Pinot Nero (15%). Alongside these are serried ranks of Cabernets and Merlots to furnish the region’s equally fashionable Bordelais ‘dead-ringers’, plus, for the local ‘red’ – Terre di Franciacorta Rosso – traditional Italian varietals like Barbera and Nebbiolo find their way into the DOC blend. Franciacorta lies in the province of Brescia, snugly protected from the harsher Continental climate by the foothills of the Alps from which glacial moraines have been progressively washed down to provide vineyard conditions of free-draining pebbly/sandy soils over limestone. The climate thereabouts is also tempered by the presence of large lakes – the birthplace of my own wine choice being the southern shores of the extensive Lago Iseo. 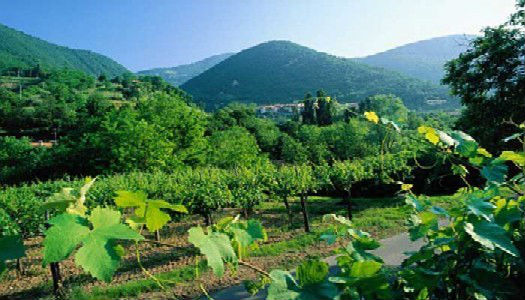 Given the wine’s method of elaboration, coupled with its performance in the glass, there is a natural temptation for me to compare it automatically with true Champagne – but I must resist this and remember that it stands in its own right and with its own regional characteristics behind it, the product in this case of 100% Chardonnay as an Italianate ‘bianco di bianchi’. Result? An attractive clear light gold in the glass and with a gentle persistent mousse, my own initial reaction on putting my nose to the glass suggested ‘lemon curd on toasted brioche’, following directly through to the palate. The wine’s clean lines and its inherently delicious fresh appeal are supported with some welcome mid-palate Chardonnay flesh, and there’s a perfectly seamless finish. A sign of some very good value winemaking here, especially at the price being asked ‘on the shelf’. Recalling a Champagne tasting I recently attended I found even some well known cuvées less attractive on the palate than the subject above – but oops! I see I have just broken the crucial rule about cross-referencing I just made for myself! (Am I hopeless, or what?)

NAME OF WINE Franciacorta ‘I Due Lari’ DOCG Brut.

‘Going solo’ as a winemaker is not for the faint-hearted. Hats off next to Katie Jones, a remarkable English lady who has upped sticks from rural Leicestershire to take on the local vignerons deep in the Languedoc….with hard-won success backed by more than twenty years experience in the region. 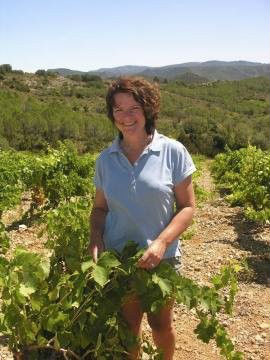 As if the life of any winemaker without the deepest of pockets is not precarious enough, the admirable Katie encountered serious local vandalism of her wines in 2013….. allegedly ‘sour grapes’ on the part of unwelcoming and uncompetitive neighbours. In view of her unfortunate plight her business was saved from ruin by financial backing from no fewer than 2,500 ‘angels’ – clients of a well known customer-funded wine business – ample proof to any detractors that she was doing something right! There is evidence aplenty of the quality of her produce in the bottle in front of me. Katie’s own special Fitou AOP 2013 is from vines grown on her small plots in a rugged hilly area in the shelter of Mont Tauch. (The wine production area of Fitou, incidentally, was the very first officially delimited appellation of the Languedoc). The chief player in the Fitou mix is usually Carignan, a grape originally found in Spain but very much at home in the schistous soils of the Bassin de Tuchan-Paziols where Katie holds sway. The supporting cast, maybe 30-40% of a variable blend, can be local regulars like Grenache, Mourvedre and Syrah. Compared to the Italian ‘sparkler’ I detailed above we are right at the other end of the taste-scale here, and the powerfully dark, fragrant Fitou wines are rightly recognized as vins du garde i.e. ‘keepers’ with plenty of depth and structure and possibly a decade of life ahead of them in bottle.

In this particular case the wine’s extract of colour is impressive, the deepest ‘peony’ red, even darker at the core, with scents arising from the glass suggesting, initially, semidried figs or raisins, with hints both of licorice and wild ‘garrigue’ herbaceousness in the background. There’s a soft juiciness on the well structured blackberry-fruited palate, a ‘velvet glove’ hiding a generous alcohol level. A fine balance has been struck, too, between those elements that will help enhance the wine’s longevity, acidity and tannin, the latter just the merest dusting on the wine’s finish in the mouth.  An ‘improver’? Certainly. Too elegant for the barbecue in my view, this would be a great partner to a juicy peppered steak, ‘proper’ roasts of meat – or those well-ripened French cheeses like Époisses, or the Pélardon of its own locality. The Domaine has a website : www.domainejones.com – where you can even arrange a vineyard visit to see and taste for yourself what Katie did.