August 2018 – Germany – Nahe – A Crisp Dry White Made From Riesling 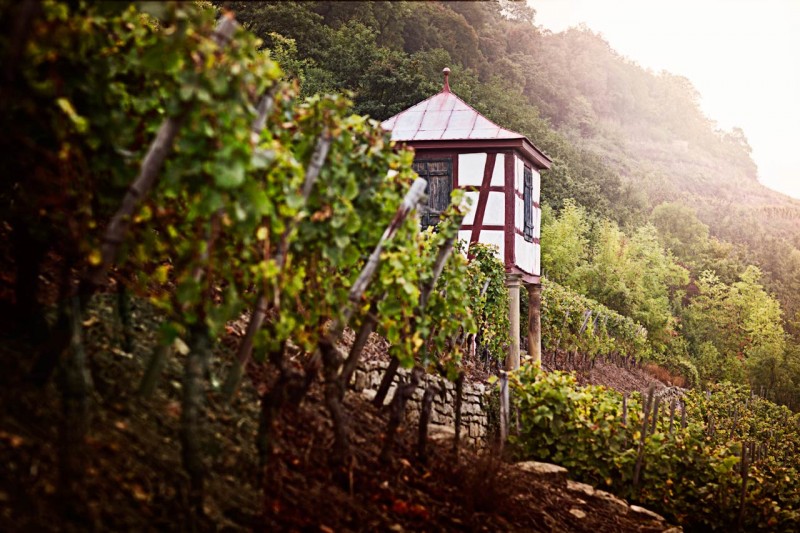 Having an interest in wine/food pairing, I was having lunch the other day at a more than reputable restaurant at which I’d placed an order for a main course involving Cornish John Dory – a superbly well-fleshed fishy denizen of the waters thereabouts. My automatic wine-match thoughts went immediately to ‘crisp white, with a bit of body’, given that the fish (like Turbot) is rich in flavour and very close-textured.

The Sommelier, to be helpful, suggested an aged oaked white Rioja – Lopez de Heredia Rioja Blanco 2004.   A very fine wine, certainly, but surely, wouldn’t its sheer weight of oaky personality completely upstage what was to come on the plate?   In short, we had a gentle argument, and I was promptly offered a free comparative tasting of three wines of his choice including the above, as suggestions of what might work well.

What I didn’t know at the time – but the Sommelier obviously did – was that the fish would arrive at table dressed with a well-reduced sauce (more of a glaze, really) based on a deeply-flavoured roast chicken stock …a well-known ‘cheffy’ accompaniment to such riches of the sea. Minus the fish, the white Rioja turned out to be massively impressive, with remarkable depth and breadth of personality – but my tiny tasting sample convinced me that the Sommelier’s advice was seriously out of step, and in no way a match made in heaven. How wrong could I be, though? The dish duly arrived, and all argument ceased. Given the saucing involved the pairing would actually have been sheer perfection, albeit my own pocket for top ‘o the tree aged white Rioja at a Michelin-star restaurant mark-up price advised a bit of prudence on my part.   The understudy, a glossy Soave Classico from Pieropan stood in on this occasion. Nonetheless it was a lesson learned.

I can’t speak for how today’s top restaurants order their kitchen brigades, but in French classical cooking the most important chef below the Chef de Cuisine – the boss – has traditionally been the ‘Chef Saucier’, whose influence on transmuting flavours in terms of dressings and on how dishes eventually taste ‘sur le plat’ is all-important.

So, to my Wine of the Month for August.

I write this doing duty as a lecturer on a river trip along both the Mosel and the Rhine from Trier, Germany’s longest-established city, to Basel in Switzerland, so it is perhaps understandable that I have Riesling in view as a fairly obvious ‘pick’ for August – having previously found a real cracker of a wine available closer to home.

Monzinger Frühlinsplätchen Riesling Trocken 2015 from the Bamberger winery stable on the R. Nahe may sound a bit of a mouthful, but then so is the wine!   Riesling, for some the ultimate classic grape variety, seems to prove ever more that the newest generations of German winemakers have learned much from experience in wineries abroad, possibly in California, Oregon, or elsewhere at the viticultural cutting edge, returning to re-interpret classical models of German Riesling on the family estate back home. Writing about the best wines of the Rhine valley, Jancis Robinson MW enthused thus: ‘there is nothing more refreshing and lightly floral than a top quality German Riesling’.

A natural child of cooler climates, Riesling is the winemakers’ friend – it is cold-hardy, helpfully budding late in order to avoid the ravages of spring frosts. In the Rhine valley it enjoys being planted on the sunniest slopes where it can ripen slowly, late into the season, apt for the effects of edelfäule – ‘noble rot’ under certain late-harvest circumstances.

Unlike some Chardonnay wines, Riesling doesn’t need to lean on a crutch of oak, and offers a very pure expression of its origins. Much of the geological sub-structure along the R. Nahe has volcanic origins, the soils of the Monzinger vineyard being stony, with outcrops of red clay. The wine’s dry trocken style offers ample presence in the glass, gentle spicing on the nose and a beautiful texture on the palate, with that textbook balance between refreshing ‘top’ acidity and weight. There’s gentle hint of ripe pears beneath and taken overall, the wine is shapely with a suggestion of restrained power. The wine’s minerality comes even further into focus when tasted alongside . food. Add to this a lengthy finish, and you have a wine that truly belies its mid-price ticket on the wine merchant’s shelf. This is Patrician stuff and, I think, exceptional value, so ‘Prost!