Last month I mentioned my having led a tasting in which a very successful example of a wine featuring the Mondeuse grape variety, albeit from Mount Veeder, California, and not from its native stamping ground in alpine eastern France.   Naturally I was curious to contrast the American version I had recently tasted with ‘the real thing’ – so to speak – and as I have just received a wine merchant’s promotion of such a wine from the Savoie region of France I thought it worthwhile to bring it to your attention as our ‘Wine of the Month’ for August….Savoie Arbin Domaine de L’Idylle ‘Coteau d’Albert’ Mondeuse 2015 – a nice mouthful in more ways than one, and from vines planted on calcareous slopes in 1925 by a forerunner of the Tiollier family whose property is pictured on a very attractive label.   Arbin itself is a little commune lying in the shelter of mountains south-east of Chambéry, and the origin of the Mondeuse grapevine itself trails back into the mists of time. 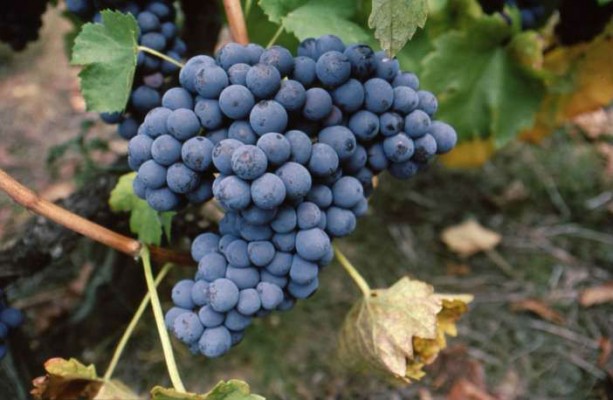 With a complicated pedigree to say the least, its DNA parentage has long been the subject of uncertainty and dispute in the world of oenology. It has even been confused (mistakenly) with the Italian grape Refosco.   The version I’m sampling in the glass is Mondeuse Noire, although its mutations as Mondeuse Blanche and even Mondeuse Grise can also be found in the Rhône-Alpes region of France.     Too much information?   Cut to the chase – how does the wine perform in the glass?

The example I have shows clear translucency yet its mulberry-dark appearance suggests plenty of skin contact, the back palate revealing a gentle touch of developed tannin.     The nose is quite delicate and subtly figgy, and a writer elsewhere has likened the character of Mondeuse as ‘somewhere between Gamay and Cabernet Franc’ – an indication of a lighter-weight style, perhaps, rather than taste as such. The wine’s freshness and food-friendliness is not in doubt, and I can quite see how confusion might have arisen between its own identity and that of the ‘bitter-cherry’ Italianate Refosco.   Whistle-clean on the tongue, sappy, and relatively light in alcohol, this is a lovely summer-drinking red which despite its relative obscurity deserves your investigation.   The only fault I can find, if fault it is, it finishes a little short.

Really enjoyed the course I took in London recently. The tutors were excellent and really knew their stuff. I'd recommend Wine Education Service courses to anyone.